(Arena Bobotoh) So Long Vlado, You Will be Eternally Remembered 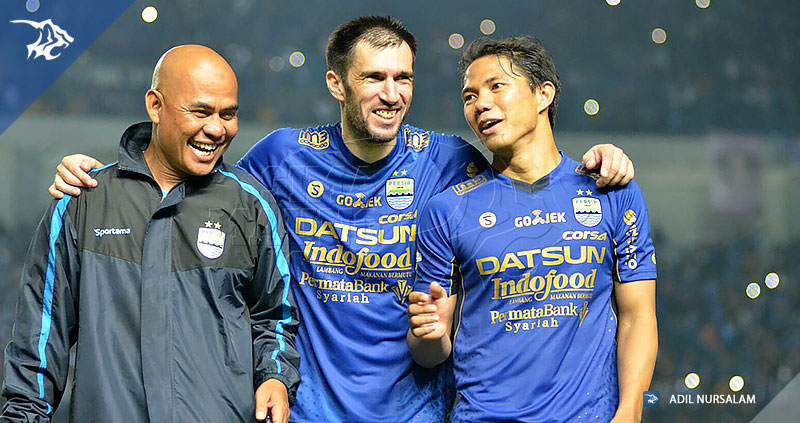 When he first landed his feet in Bandung for a trial with Persib exactly four years ago, nobody knew who Vladimir Vujovic was and the Bobotoh, as the club’s fans affectionately called, gave a cold shoulder on him at first encounter.

No one noticed that he would be part of a troop that ended Persib’s nearly two-decade trophy drought. He gave the league’s title in his first season with the club, which was crowned its last title in 1995.

Following a string of disappointing seasons, demands were high for the club to sign a strong and commanding central defender to fortify its defense line, which had been blamed as the most vulnerable sector of the team in the last couple of years.

Prior to his arrival, Persib failed to sign Keba Paul Koulibally, a high profile defender having long stint with the Burkina Faso national team. Vladimir, on the other hand, spent most of his time as a central midfielder, putting the decision to even trial him into questions and skepticism.

It did not take long, however, for the impassion Montenegrin to impress the crowd. His first game with the West Java giant ended in a dramatic 2-1 victory over DC United, one of the most successful club in the US, during a preseason friendly on December 6, when he managed to showcase his aerial and marking abilities. He gradually gained the heart of the fans ever since, in line with the good results the club obtained.

Together with Achmad Jufriyanto at the back, he began to set a new standard for Indonesian defenders. He defined center back as not only the ones who defend, but also a crucial position to set up an attack.

According to Simamaung.com, Vladimir has been involved in 127 matches during his spell in Indonesia’s top flight competitions, scoring 19 goals and a number of assists, most of which were crucial to the team’s victory. He also astoundingly recorded 59 clean sheets during that period of time.

His high temper might not be his best trait, and often resulted in the collection of cards. He earned 37 yellow and 3 red cards during his career in Indonesia, which means he gets one card in every three games. Nonetheless, that’s what made him Vladimir Vujovic, a no-nonsense man with Balkan mentality that had run through his bloods and veins. When something is not right, he goes as far as confronting the referees. He gives no fuck at all.

Of the total goal he has scored, the one against Arema Cronus during a semifinal match of Indonesia Super League 2014 would be the best and the most monumental anyone can remember. Persib was trailing with six minutes remaining and on the edge of another failed season. Vlado decided that the team needed him up front and he scored an equalizer!

His celebration at that time was the most passionate expression in the history of Persib. It’s like he had just won an unending bloody war.

“The most memorable things for me is the 2014 ISL and the 2015 President Cup,” Vladimir told me last night.

There was no league being held in 2015, following a suspension from world’s football governing body FIFA after deeming that football in the country had been intervened by the government.

Persib conceded 36 goals throughout 2017, which is the second best in the league.

“In 27 games [I played], we only conceded 22 times. Six of which were from long distance shoots. Another four goals were scored from penalty spot,” he said.

However, the club seems reluctant to extend his service and has reportedly begun to make a contact with another foreign defender, which apparently had hurt him. He said he had made up his mind leave Persib despite he recently received a call from the club’s management to talk about contract extension.

“At the age of 35, I actually did not want to change club and I thought I deserved one more year contract,” he said, adding that Persipura and Sriwijaya were among clubs that had inquired him about possible transfer.

Persib has never lost to Persipura when Vladimir is playing.

A decision has been made. The big man has decided that it’s time to go and continue his endeavor with the club that believes and respect his ability and devotion.

Good luck big man, the future would never be the same for us. We will become enemy if we ever cross paths in the league again. Words will not do justice, but the memory you have crafted will forever be kept in the hearts of many Bobotoh.

The writer is the founder of @Persib_world. 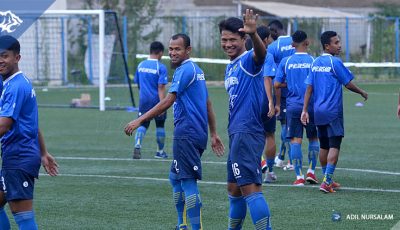 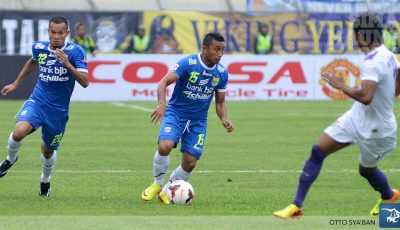 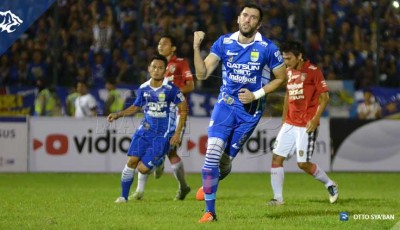 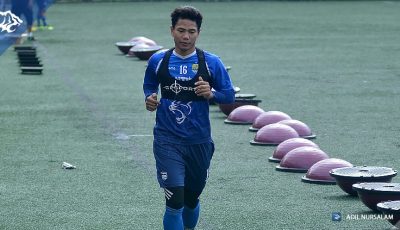